Home » Django Vs Node.js: Which One is Better for Web Development for Your Upcoming Projects

HackerKernel Blog > Django Vs Node.js: Which One is Better for Web Development for Your Upcoming Projects
November 2, 2022November 12, 2022

Are you thinking of building a web application with a brilliant User Interface that attracts and engages more and more users? If so, one question may always be in your mind – which technology should I prefer for web development? New technologies are introduced every day and improvements are made to the existing ones. As it’s impossible to implement all these technologies, it is essential to decide which framework you should choose next. Django vs Node.js are profoundly compelling innovations to build adaptable applications.

But If you are confused between Django and node.js, which framework is more powerful to build a functionality-rich and versatile web application with an interactive user interface? This blog will help you find which one is better for web development. Both Django and Node.js have excellent User interface and User Experience and are open-source, and that’s why both are used in various big projects.

Django allows the use of Python in the backend to build applications quickly and in real time. While Node.js is based on JavaScript, it works for both the front end and back end but is mainly used for the back end. It is a JS runtime for OS, used to develop the web servers. Selecting a framework for web development entirely depends on project requirements, but knowing the key features and differences will help you to make the best decision.

As both Django and Node.js have their unique features, and usability, you must have in-depth knowledge before choosing anyone out of Node.js or Django. So let’s begin by knowing what basically Django vs Node.js are, and what are the differences between them!

Introduced in 2005 by Adrian Holovaty, Django is a Python web framework that follows the MVC-MVT architecture pattern, enabling users to build rapid development of secure, clean, and maintainable websites. Built by experienced developers, Django has an in-built feature of generating the basic directory structure of an app, so that developers can focus on writing code instead of creating directories.

It is a Python coding tool that adds functionality and speeds up the development process, offering a clean and pragmatic way to build web apps. It is a framework because it includes a fully functional set of libraries, classes, and modules that allow developers to do anything they need to create robust apps and websites.

Basically, Python is the language and Django is a Python-based framework built on top of it.  Its purpose is to provide a concrete foundation of the basics, enabling a Django developer to focus on the parts of the site – unique to their project, instead of wasting time with the fundamental boilerplate stuff.

Django provides a powerful and production-ready automatic administration interface that can be used to manage content on the website. It reads metadata from the models to provide a quick, model-centric interface that eliminates the data manually.

Here’s the list of top-rated companies that have grown and evolved using Django technology:

Django is often used to build almost any type of website from content management systems (CMS) (such as WordPress, Drupal, Magento, Shopify development etc.) and wikis (such as Wikitravel, Wiki How, Fandom, Wikipedia etc.) through to social networks and news sites. It can work with any client-side framework, and while it provides choices for almost any functionality you want, the Django framework can also be used to extend to use other components if required.

The framework uses a component-based shared-nothing architecture (meaning consists of multiple nodes that do not share resources for ex. CPU, memory). It can scale for increased traffic by adding hardware at any level: database servers, caching servers, or application servers.

Django is written by using design principles and patterns that encourage the creation of reusable and maintainable code. Particularly, it uses the Don’t Repeat Yourself (DRY) principle (a software development principle aimed at reducing repetition of software patterns and replacing it with abstractions or using data normalization to avoid data redundancy), so there’s no unnecessary duplication.

Django is written in Python that runs on many platforms – meaning you are not tied to any particular server platform and can run your applications on many flavors of Windows, macOS, and Linux.

Also Read:- How to Hire Dedicated Front-end developer for your Next Project

Introduced in 2009 by Ryan Dahl, Node.js is an open-source, cross-platform JavaScript runtime environment and library that are used to run web applications outside the client’s browser. It is used for server-side programming, and primarily deployed for non-blocking event-driven servers, such as traditional websites and backend services, but was originally designed with real-time, push-based architectures in mind.

The framework runs in a single process without creating a new thread for every request. It prevents JavaScript code from blocking, and libraries in Node.js are written using non-blocking paradigms that make blocking behavior the exception instead of the norm.  Node.js facilitates the integration of programming languages with APIs, different languages, and various third-party libraries. It can handle both server-side scripting and client-side programming.

Here’s the list of famous companies that uses Node.js technology for their application, analyze its motivation and outcomes.

Node.js holds a good advantage of caching. It supports the caching of modules. When the module of Node.js is requested for the first time, it is cached into the application memory.

When data is transmitted in simple streams, processing takes time. Node.js processes data at a very fast rate – process and upload a file simultaneously, which saves a lot of time. Therefore, the framework improves the overall speed of data and video streaming.

Node.js can be used on various systems such as Linux, Windows, UNIX, macOS, and mobile devices.

Node.js has a cluster module that manages load balancing for all active CPU cores. The Node.js capability to part the application horizontally through the use of child processes is the most appealing feature. This enables organizations to provide distinct app versions for different target audiences also enabling them to provide client preferences for customization.

The node.js technology comes with an active community with open-source solutions. As it is open-source (means free to use) and constantly being implemented and modified by a global community of developers. Moreover, interacting with people in the community not only helps you build a better software product but also to stay in touch with the most active and renowned industry experts.

Django vs Node.js: What are the differences?

Is Django Used for the Frontend or Backend?

Django is a collection of Python libraries that enables developers to quickly and efficiently create a web application – suitable for both frontend and backend.  However, the framework is well-known for its “Django admin” – an auto-generated backend that allows managing your website in a blink for a lot of simple use cases with less coding.

Precisely, the Django front end helps you with data selection, formatting, and display. It features a templating language, authentication mechanisms, URL management, cache hooks, and various navigation tools like paginators. The Django backend comes with an ORM that lets you manipulate the data source with ease, It forms to process user input and validate data and signals, and implement the observer pattern.

Also Read:- The Complete Solution to Build an ERP System From Scratch

Is Node.js used for frontend or backend?

Node.js is a runtime environment, far broader than “frontend or backend” which is an important distinction when understanding how to use it.

It lets you choose how to use it, when to use it, and whether frontend or backend. Some people believe that node.js is a backend framework or backend scripting language only. One common language can be used for both – Node.js frontend or Node.js backend.

Here are some reasons why Node.js works well for the backend:

Also Read:- How to Hire PHP developer for your project in 2023

What to choose: Django or Node.js?

After a discussion of the key points justifying Django vs node.js, it’s time for the final call. Both Django and Node.js are developing technologies used to build web-based applications. But selecting one technology among them entirely depends on the project needs and specific requirements.

Each application has specific needs and every developer has a unique development style for building applications. Some prefer Django, while others prefer node.js.  If you want to know more about Django vs Node.js which is better, here are some key points to help you decide whether to choose Node.js or Django:

Now that you know what Django vs Node.js are and what are the differences between them, we can say both these technologies are promising and can be used to build scalable solutions to complex real-world problems. If you’re looking to build an application with a technology that is performant, secure, scalable, and straightforward, Django is the right choice for you.

But if you want your app’s functioning with flexible technology, have scalable software, and a supportive community to help you accomplish your application project, Node.js may be the good choice for you. If you want to start building with Node.js for android application , you need specialists who can handle the app’s architecture and deliver the desired functionality to your end users.

1. Django vs Node.js – Which is better

Django and Node.js both have highly advanced frameworks that encourage seamless both web and app development. Both the technologies have their unique features and benefits, so you can choose any one of them based on your project’s requirements.

2. Which has more demand in Django vs Node.js?

As per the research conducted by Stack Overflow, Node.js was used by 46.31% of developers, while Django was used by only 13.59% of developers. Undoubtedly, Python developers will pick up Django’s syntax fast and start developing their projects with Django as well.

3. How to Hire Django and Node.js developers for a business?

To hire a Django and Node.js developer for a business, you must look for them in the correct place, compare their development costs, examine their previous projects, evaluate the technology stack of both developer, check if the developer has all the necessary technical skills for your project and then  interview the prospect.

4. What are the examples of Node.js?

Examples of Node.js include GoDaddy, Uber, LinkedIn, Trello, Netflix, PayPal, Groupon, Twitter, Yahoo, etc. The listed examples aren’t built only with JavaScript and Node.js, depending on the company and it’s developers, Node.js can be used in various ways.

4. What are the examples of Django? 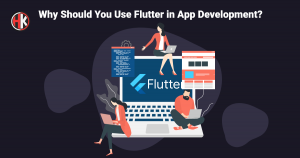 Why Should You Use Flutter in App Development in 2022 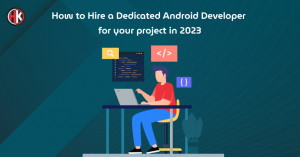 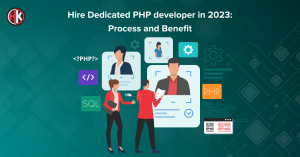 Hire Dedicated PHP Developer for your Project in 2023: Process and Benefits 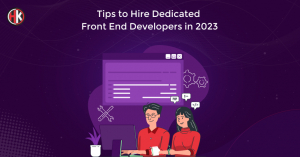