Home » Why Should you use Node.Js in Web Apps Development in 2022? 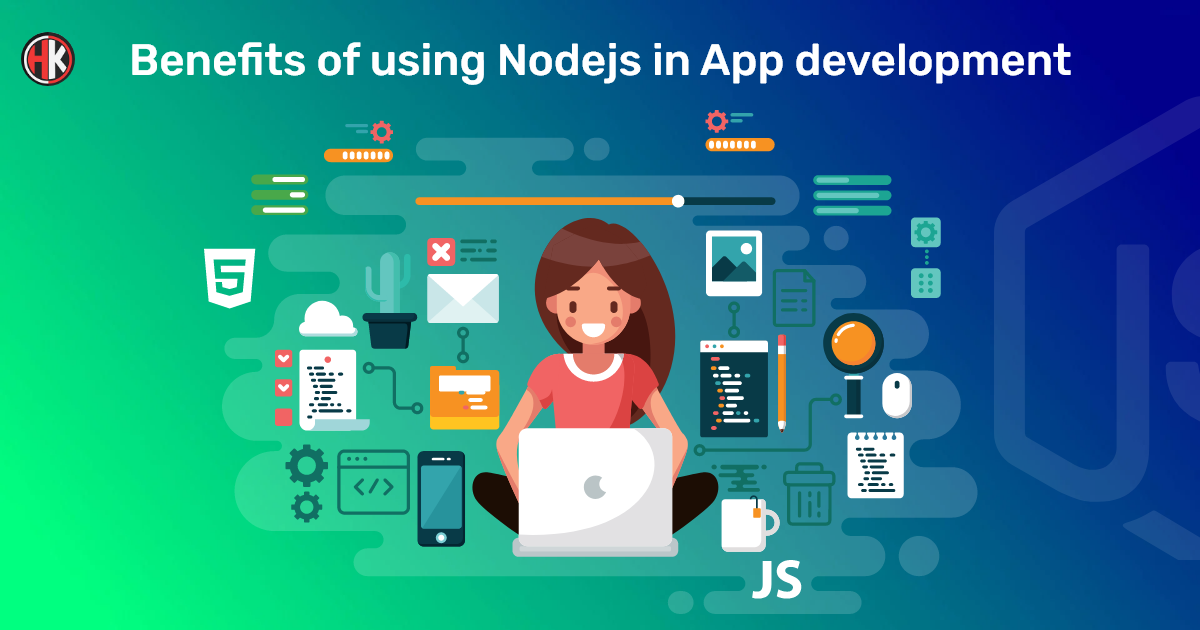 These days, Node.js is aiding web application development by providing incredible benefits to the developers. It helps in supporting the event-based server so that multiple interactions can be done. It is used for developing pages of mobile and web apps. Also, its extensions are used for code completion and designing web pages.

World-famous applications like Netflix, Yahoo, LinkedIn, and Uber are made using the app development services of Node.js. Node.js has vast webwork on which developers and engineers work continuously which leads to constant new discoveries and modifications that further aid in the development of the latest versions of the applications.

Node.js is a back-end JavaScript runtime environment and It is an open-source and cross-platform environment as well. It uses an object-driven, non-blocking I/O framework that makes it lightweight and reasonable, good for data-intensive live applications and websites that are used on various platforms and devices.

The Node framework was developed by Ryan Dahl in 2009 and it offers a case-sensitive transition across the software for establishing server-side and networking apps. Node.js apps run on codes written in JavaScript and can be used on OS X, Linux, Microsoft Windows, etc.

Node.js developers are also provided with a huge library of many JavaScript modules which simplify the software development using the platform. Node.js is a very powerful tool that is used to run JavaScript-based applications on both the server-side and client-side.

Reasons to Use Node.js

Node.js might not be the most recent framework that can govern the web development world but it is a platform that fills a particular void in the market. It might not be able to do heavy computation and doing that might invalidate almost all of its benefits but what it can do is to build adaptable networking applications that too very quickly.

Node.js is capable of managing a gigantic number of simultaneous networks with high production. The single threading of the platform is also highly beneficial for the development time because it supports thousands of real-time connections held in a particular event loop.

Unlike the other web developing platforms and software where each connection runs on a separate thread that maxes out the amount of RAM provided, Node.js runs on a single thread saving up all that extra RAM.

The response time for Node.js can be reduced easily by making it run faster by adopting some practices like running it in parallel, going asynchronous, caching, gzip compression, using client-side rendering whenever possible, optimizing your queries, etc.

This platform is very easy to learn to use for the development processing by the engineers and software developers. It is a full-stack development platform because it aids in developing both server-side and client-side software. It is one of the most popular programming and development tools.

Every node in Node.js relies on an ‘event’. While using Node.js, you are allowed to scale vertically, adding new capable ways that lead back to your core application code. Also, you can scale horizontally, adding new resources to existing programming. Both ways, scalability gives your application the space to grow.

In Node.js code runs quickly which improves the whole duration and run-time environment. The apps that are developed using Node.js are mostly programmed completely in JavaScript and plug and play interworking always leads to great speed and amazing performance.

Node.js is very helpful in making the time-to-market cycle comparatively shorter. It is a very lightweight technology and can excessively lessen the application development time while providing the same incredible functionality. With Node.js at work, small companies and start-ups can easily convert an idea into a working product as they already have less time, small budgets, and lean teams; Node solves this problem for them.

As it’s supported by JavaScript, programmers can simply tie nodes into the remainder of the full-stack development. This makes it easier for front-end developers to perform harder back-end programming tasks. No alternative server-side languages are required. And, it is a decent factor because it quickens the development process in nearly every space and permits programmers of all levels easier access to your mobile apps’ back-end.

It has a strong ability to cache data and information. When requests are sent to the app, they’re cached in-app memory. Therefore, when requests go through execution and re-execution, the nodes are still able to run with efficiency and capability. They are not slowed down by past data resources.

Node.js has a huge user community consisting of several thousands of web developers and programmers from around the globe. They all are highly helpful to each other as they provide one another with the latest codes for all kinds of mobile application requirements.

If there is any issue or problem which is becoming a hurdle in the development process to your design team, it can easily be solved by the answers given on the community website.

What we developed using NodeJs?

So, Now what we developed using node.Js. We Developed Learning Portal Named Master CFA which is helpful for CFA Exam Aspirants. Master CFA helps candidates to pass the exam by providing them with accurate preparation techniques based on personal mistakes and practice tests.

Also Read, What Is Progressive Web App? How Does PWA Work? Complete Guide 2022

Node’s web app development is getting popular with each passing day because of the incredible benefits that it gives to new-age developers, engineers, and data programmers. It is a program that supports single threading and full-stack development.

Many popular apps like Netflix, eBay, Yahoo are using Node.js to run across various platforms and devices. Paypal, the world-famous payment gateway application uses Node.js to build the consumer-facing side for its web application.

The giant OTT platform, Netflix is also built with Node.js as its base. The platform had chosen the Node.js framework because it aimed for lightweight and smoothly fast streaming for a buffer-free experience for its audience.

The famous taxi booking app, Uber had also chosen Node.js to be its framework because it has massive data to process and also, GPS integration at work. The framework aided the app in processing information like taxi requests, driver arrival, etc. quickly.

The problems and errors were also sorted without restarting the whole app process again. The framework allows the developer to store and work on data along with responding quickly.

LinkedIn, one of the business-based web platforms, and is also made with Node.js framework. It is available in 24 languages in around 200 countries with a hundred million members completely explains the amount of data and information that it has to process and store. Node.js has improved the speed of using the app by almost twenty times faster.

Yahoo, one of the most popular web browsers, is also based on the pillars of Node.js as its pillars. The app deals with web portals, websites, search engines, and many other services. The Node.js platform has helped the browser in front-end development. Also, it is the base of numerous websites that are browsed and searched through Yahoo.

If you want to build an app using this framework but you are not aware of this programming language, you can easily hire a Node.js developer from “Hackerkernel”, a renowned internationally acclaimed IT company.

The Node.js platform is highly beneficial to web developers and data programmers as compared to its disadvantages. The most important fact is that it works on JavaScript. It is a full-stack developing platform because it can be properly used for both front-end and back-end servers. It works very efficiently with both server-side and client-side software.

With every passing day, more and more business developers and organizations are adopting Node.js and benefitting from the positive results that they are getting. The platform offers many benefits to the web developers like adequate caching, enormous user community, and usage of a single programming language.

The advantages of Node.js weigh heavy on the disadvantages of the platform because of the smooth processing and coding that it offers its users. Node.js offers many advantages for web app development like easy adaptability, ease and quick to learn, efficient performance, extremely extensible, support of the large and active community, and many more.

What are the reasons to use Node.js?

Node.js is very famous because it helps web developers to develop both server-side and client-side software.

Node.js the best choice for building the applications?

If a web developer is searching for an efficient platform to produce scalable and faster web pages then, Node.js is the best option available.

What is so special about Node.js?

Node.js is getting wildly popular because it supports single threading and can handle many simultaneous requests without affecting the server and code.

Future seems to be incredible for Node.js in the front-end development world as it appears as no improvement can be done without it.

Is Node.js good for startups?

Node.js is incredibly beneficial for startups planning to grow with time because it helps in developing lightweight and fast systems with amazing live responses. 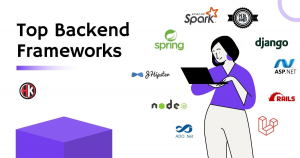 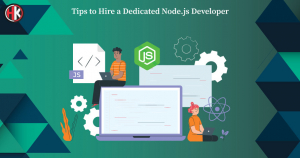 Tips to Hire Dedicated Node.js Developer For Development in 2022 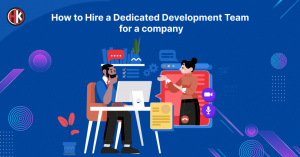 How to Hire a Dedicated Development Team For a Company ? Thank you for sharing detailed information about node.js. It is very valuable information for me and many beginners who want to start a career in this field. My appreciation to you.